Share a memory
Obituary & Services
Tribute Wall
Donations
Read more about the life story of Linda and share your memory.

Linda Hunter (nee’ Overgaard) rejoined her father, mother, and her grandparents in Valhalla on October 26, 2022. Linda powered her way into this world on October 6, 1948 and continued to make herself heard every day of her life. Born to Wilford and Adella Overgaard in Moscow, Idaho she quickly proved to be the apple of her father’s eye.

In 1950 Wilford rejoined the Marine Corps. His service kept the family on the move for the next twenty years. In 1955, while living in Parris Island, South Carolina Linda became an excellent big sister to her brother Wil, with whom she remained close her entire life.

In Linda’s teen years, the U.S. Marine Corps stationed her father in Hawaii. During this time Linda was an active social teen who also worked at the Dole pineapple factory, and did a little modeling. Of course, she did, she had legs for days. For the rest of her life Linda would hold the Hawaiian Islands and her time there very dear to her heart.

In 1966 Linda graduated from Kailua High School in Kailua, Hawaii. Upon graduation Linda attended Brigham Young University for a short time. Linda could not be kept from the ocean for long. Warm sands were calling and soon she moved to California. It was in the sunshine state that Linda gave birth to her daughter Lisa Marie in July of 1970.

By the time Lisa made her appearance Linda’s family had moved back to her father’s childhood home of Boise, Idaho. Linda seized this opportunity and moved to back to Idaho herself to raise her daughter close to family.

In Idaho Linda chose to further her education and enrolled in nursing school. After earning her LPN she worked for a time at the State School and Hospital in Nampa, Idaho eventually landing a position in the Mental Health ward at St Alphonsus Hospital in Boise. Linda made great friends at the hospital and even played on a hospital softball team the “Space Cadets.” Before her retirement Linda transferred to the Outpatient Surgery department where she was recognized multiple times for outstanding patient service.

In the mid 1970’s, back in Boise with her daughter in tow and her newly minted LPN providing a living, Linda had an encounter that would change the course of her life forever. In 1975 Linda met Rex Herrington, the love of her life and her partner for every day for the rest of her life.

For Linda and Rex Idaho became the home base from which they launched their adventures. In a lifetime together spanning nearly five decades they traveled from Canada to Arizona, California to Indiana and so many points in between. They cheered together at Indy Car races in Vancouver and Indianapolis. Together they marveled at the natural wonders of Yellowstone and the Grand Canyon. They went whale watching together off the pacific coast, built memories in Manzanita and stood in awe of Multnomah Falls in Oregon. They enjoyed concerts together and watching Olympic ice skaters perform and were amazed by the ruins of ancient Native American settlements in Colorado and the southwest.

Across the South Dakota Badlands and the arid landscape of Craters of the Moon Linda and Rex shared a love of campfires, tents tall enough to stand up in, the expanse of nature and always, the next adventure. On their journeys Linda had a knack for finding delight in the small things. She would show anyone who came by her picture of the Heber-Overgaard, AZ sign and tell them the story of her grandfather’s family and how this Overgaard was indeed a branch of her family. A bit of seashell that caught her eye would be carried the many miles home as precious cargo. She never saw a rock she didn’t like often insisting that Rex pull over so she could pick up a rock that stood out to her and take it home as a “souvenir”. On one occasion she even took home a rock from Lisa’s yard in Montana.

Throughout her life the water continued to draw Linda to it. She took several cruises with a group of lifelong friends from her nursing days. These “Girls Trips” would see Linda and her partners in shenanigans touring Chichen Itza and other remarkable sights and beaches across Mexico. Closer to home Linda was rarely happier than she was splashing about in the pool with her grandsons.

Very shortly after the arrival of her grandsons Hayden (1989) and Dakota (1992) Linda turned her focus to being their grandmother. She swam with them, read them books, watched cartoons, took naps with them, fed them endless popsicles and watermelon and found every occasion she could to let them know that their grandmother loved them. She never missed a birthday or graduation and was quick to share photos or stories about these boys who meant so much to her.

Linda was a complex woman and could be a beautiful feisty diva. She never shied away from giving her honest opinion. She was an absolutely magical gardener. She nurtured her plants with remarkable artistry and surrounded herself always with color and beauty. She was a friend to animals and loved her dogs like children. Linda was probably the worst joke teller in the world. She’d get laughing so hard at her own joke that she could not get to the punchline. She’d often laugh herself to tears. She had the best laugh.

Linda passed away at home, with Rex, her daughter Lisa and her dear friend Jane Ann Porter at her side. Linda left this world the way she entered it, with the valiant determination and spirit of a Valkyrie leaving the battlefield. She has left an empty space in our hearts, and also a yard full of rocks.

Linda is survived by her husband Rex Herrington, daughter and son-in-law Lisa Marie and Cody Hyslop, grandsons Hayden and Dakota Hyslop, brother and sister-in-law Wil and Megan Overgaard, nieces Elise and Ana, nephews Mikel (Caroline) and Willie (Jess), many cousins including Eric Overgaard (Theresa), who she was especially close to. She is preceded in death by her father Wilford, mother Adella, uncles Willard, Richard and Jesse Overgaard, uncles Milton and Rulon Christensen, and Aunts Marie Crandall, Beth Archibald, and Connie Christensen.

The family asks that, if you are so inclined, you honor Linda by supporting one of her favorite causes, The World Wildlife Fund or Heifer International.

The family would also like to thank St. Luke’s Hospice for their care of Linda in her final days.

To send flowers to the family or plant a tree in memory of Linda (Overgaard) Hunter, please visit our floral store. 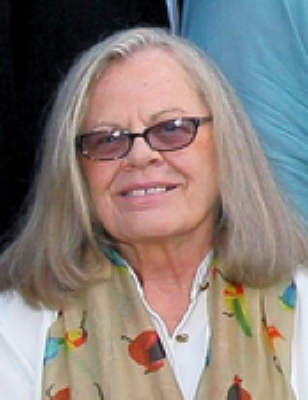 Family and friends are coming together online to create a special keepsake. Every memory left on the online obituary will be automatically included in the book.

You can still show your support by sending flowers directly to the family, or by planting a memorial tree in the memory of Linda (Overgaard) Hunter
SHARE OBITUARY
© 2023 McCall Funeral Home, Inc.. All Rights Reserved. Funeral Home website by CFS & TA | Terms of Use | Privacy Policy | Accessibility